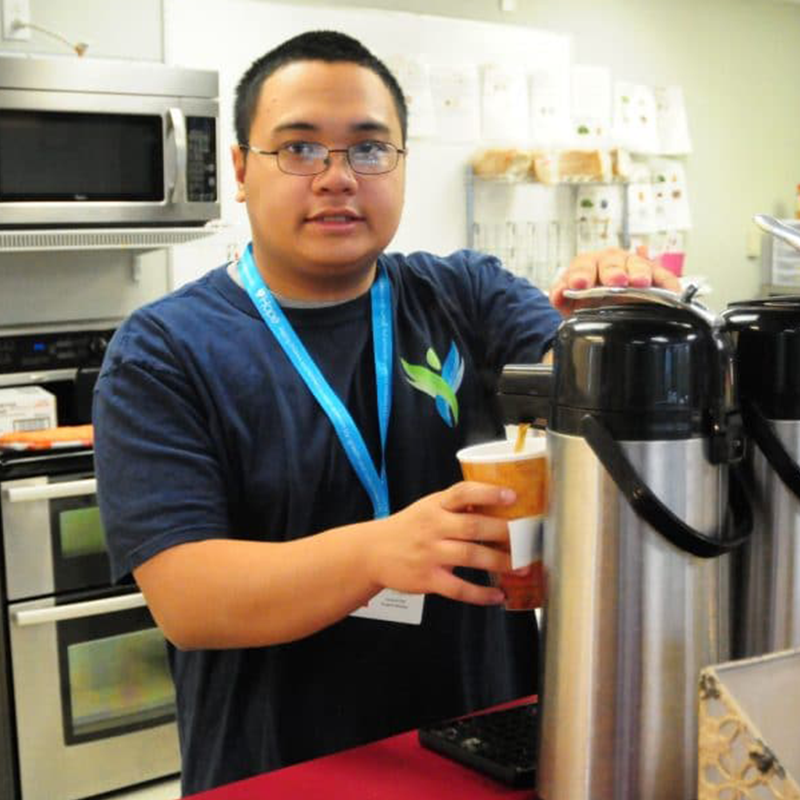 What would you do if your eleven-year old son was asked not to return to school because his extreme behaviors were putting the teachers and other children at risk? Where would you turn for help if your son was so aggressive to his siblings that you had to seclude them in their bedrooms for their own safety? These are the questions that plagued JP’s parents as they searched far and wide for the help and answers they needed!

Their family’s search for help across three continents finally ended when they found Hope. JP was born in the Philippines, where his parents recognized that his lack of eye contact and limited vocabulary were signs that he was facing developmental challenges. The family moved to London in search of answers. It was then, that JP was diagnosed with autism. When he was asked to permanently leave school, his parents didn’t know where to turn. They struggled to maintain peace and safety while home-schooling. JP has been flourishing since 2011 when he moved into Hope’s community-based residential program and began attending The Hope Vocational Academy.

He continues to excel, learning independent living and employment skills that will allow him to reach his optimal level of independence and joy. He fine-tuned his job skills while working at The Hope Café, a student-led business venture that allows Hope students to obtain real world job skills. Those skills have translated into competitive employment opportunities for JP, as he now holds three other jobs within the community.

J.P now deeply cares for others, a quality which earned him the Hope Youth Council presidency. He is a passionate Michael Jackson fan, a member of the Boy Scouts, and a Special Olympics athlete. “I think JP finally found a sense of belonging and independence at Hope. We are so proud of his successes and that he is now able to be part of the community” said Vivian, JP’s mother.

Cultivates change in the most inclusive environments to encourage each person with intellectual or developmental disabilities to fulfill their individual potential through evidence based treatment, advocacy and community education.

To provide state of the art services in the most inclusive environment to encourage persons to fulfill their individual potential through evidence-based treatment, advocacy and community education.

The Autism Clinic at Hope

The Autism Program of Illinois