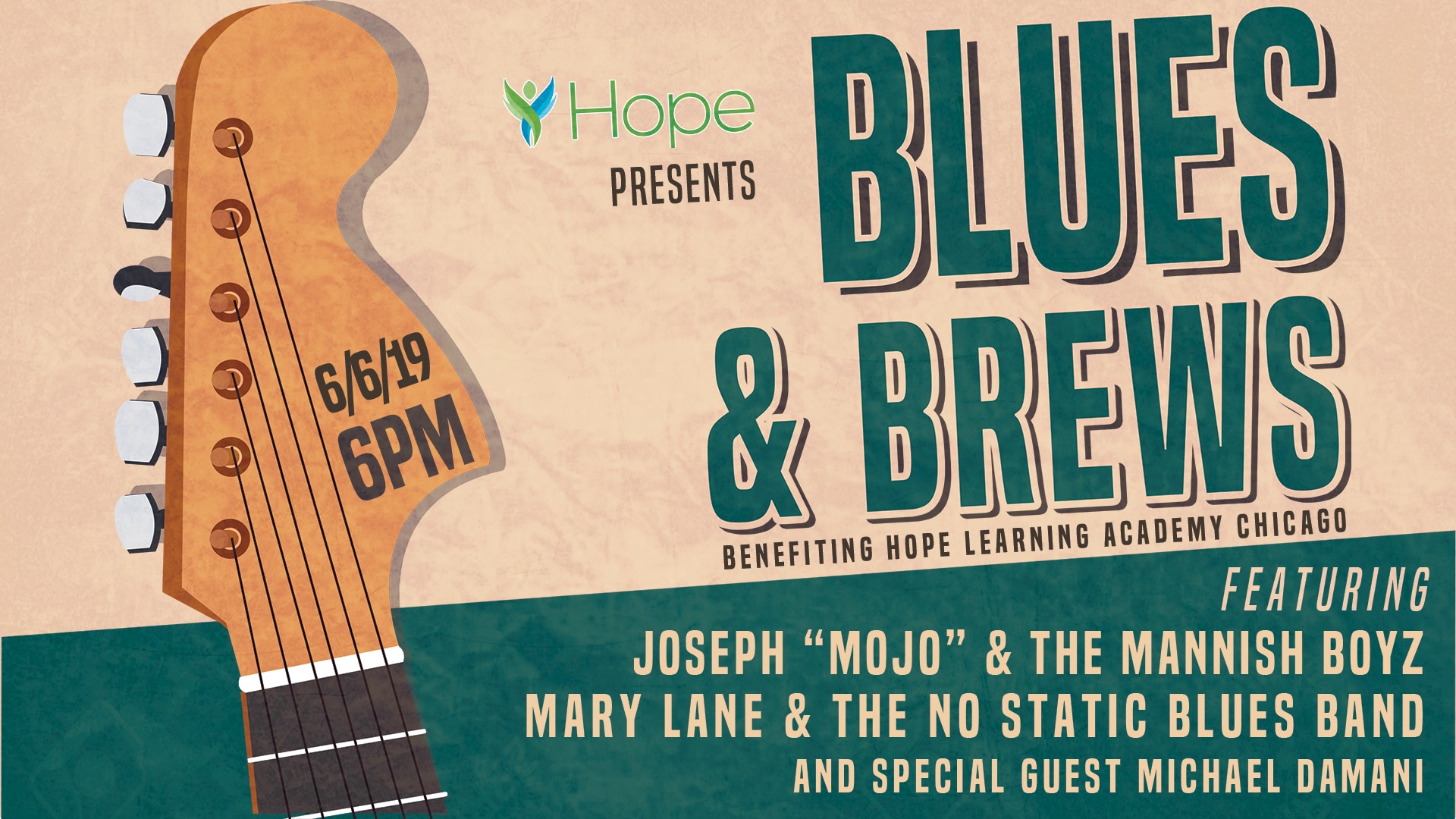 Join us for a night of Blues and Brews benefiting Hope Learning Academy Chicago!!

Joseph “Mojo” Morganfield & The Mannish Boyz: Joseph Morganfield is carrying on his father’s legacy, Muddy Waters ‘The Father of the Blues’ with his own special blend of vocals, celebrating his father’s favorites like, “Mojo Working” and “Hoochie Coochie Man”.

Mary Lane and The No Static Blues Band: Mary Lane has been lauded as one of the last great blues singers who migrated from the south to Chicago. Her new CD, Travelin’ Woman is receiving high acclaim on the airwaves and just reached #16 on the Living Blues charts.